TIEMS Chair for the Advisory Board is, Jaroslav Pejcoch (Czech Republic)

Sandro Bologna, graduated in physics from Rome University, has 35+ years experience at ENEA (The Italian National Agency for New Technologies, Energy and Sustainable Economic Development) and abroad, where he has held positions as Researcher, Head of Research Units, and Head of Research Projects at national and international levels.

While working at ENEA his main research topics have been on system safety and reliability, decision support systems, risk analysis and risk management. Recent main research activities deal with Critical Infrastructure Protection and Resilience, with a special emphasis to vulnerability and interdependencies modeling, simulation and analysis.

Meen B. Poudyal Chhetri is the Chair of TIEMS Paper Review Committee. 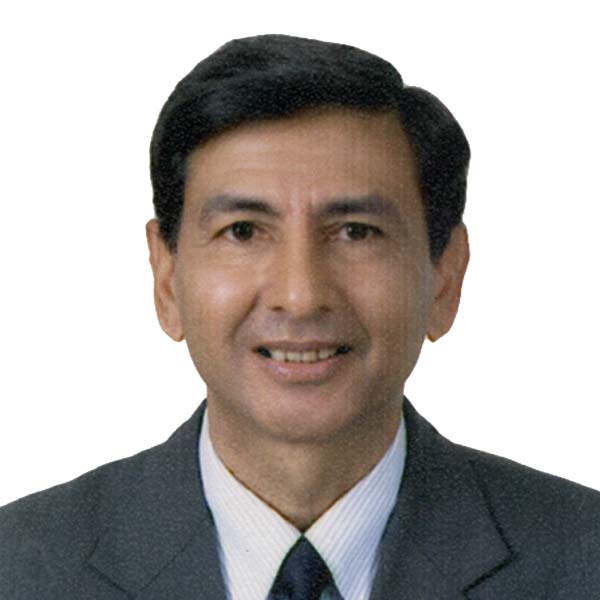 Dr. Meen B. Poudyal Chhetri has the experience in policy formulation and implementation; emergency/disaster management; awareness raising; training; planning and programming of development projects; improving database and collaboration and coordinating with national and international agencies. He is one of the Members of the drafting committee of National Law on Disaster Management. He greatly contributed in formulating and implementing a number of other Manuals, Guidelines, Action Plans and Hand Books on disaster management.
He has been appointed as the Adjunct Professor at the Queensland University of Technology, Brisbane, Australia from 1 March 2009. Prior to his high position at the Commission for the Investigation of Abuse of Authority (CIAA), he was the Deputy Regional Administrator at the Regional Administration Office, Central Region of Nepal. He also has the experiences of being the Director of the Department of Disaster Management, Chief District Officer of Dhading District, Under Secretary of the Ministry of Home Affairs and Section Officer at various Ministries and Departments of the Government of Nepal for more than 34 years.
He earned a Ph. D. degree in Economics from the University of Vienna, Austria in 1995 and a Diploma in International Relations and Social Sciences from the same University in 1986. He also holds the degrees of Master in Economics, Bachelor of Law, Diploma in Education and Bachelor of Arts. He was a Humphrey Fellow in the year 2002-2003 at the Johns Hopkins University, Baltimore, U. S. A. specializing in Drug Abuse Research. He attended the Comprehensive Crisis Management Course held in Hawaii, U.S.A. from August 20 to 22 September 2009 and Pandemic Disaster Preparedness Training held in Brisbane, Australia from August 24 to November 29, 2008. He has carried out several research projects and made a number of publications in the national and international journals, particularly in the field of drug abuse, disaster management, corruption control and economic development. He presented papers and delivered invited lectures in several National, Regional and International Conferences, Seminars, Symposiums, Workshops, and Meetings as a country representative and delegate.
He has authored two books namely; Analysis of Nepalese Agriculture (1987) and Mitigation and Management of Floods in Nepal (2001).
To Top

Kelly-Anne Frith has a background in biological sciences having been a researcher for nearly 15 years. She has recently completed her PhD degree in Biotechnology at Rhodes University, Grahamstown, South Africa. In 2015, she got an administrative post that introduced her to the world of academic publishing at a small local publishing firm with international reach. She quickly took on the role of production coordinator for a host of medical journals, utilising her expertise in the pseudo-medical research field that biochemistry and biotechnology offer. From there, her publishing career blossomed where she took on the the role of publishing editor for a range of African-based, natural science journal titles.

Publishing has given her the opportunity to work with people, mainly in research, from all tiers, from the struggling author eager to get their work published to the reviewers and referees critiquing the written work to the Editors-in-Chief and copy-editors, who polish the written manuscripts, and typesetters and graphic artists, who produce beautifully set manuscripts, for publication to the wider audience. She has the perfect bacxkground as TIEMS Regular Newsletter Editor. 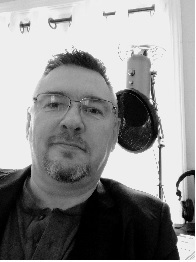 Alex has been working in Business Continuity Management (BCM), Disaster Recovery (DR) and Organizational Resiliency, and Program & Project Management for over 21 years.  He is the Founder and Managing Director of StoneRoad, a consultancy and training firm specializing in BCM and is also the host and creator of the popular podcast ‘Preparing for the Unexpected’ on the VoiceAmerica talk radio network.

During his career, Alex Fullick has;

He has routinely presented at global BCM/DR conferences and is the author of several books, including; “Heads in the Sand”, “Made Again” (2 Volumes), “Business Impact Analysis (BIA)”, “Testing Disaster Recovery and Business Continuity Plans”, and “Watch Your Step”.  All his books are helpful manuals with tips and advice for hesitant companies who want to develop or enhance their BCM/DR preparedness and response capabilities. Alex is working on his 8th book.

He has his Member level certification with the Business Continuity Institute (MBCI); earned his Certified Business Continuity Professional (CBCP) status with the Disaster Recovery Institute, and holds a Certified Business Resiliency Auditor (CBRA) designation, is a Commissioner on the Certification Board for the Disaster Recovery Institute Canada,  and is foundation certified in the ITIL methodology.

He is mainly engaged in earthquake risk evaluation, earthquake engineering, emergency management, industry contingency planning and  research and planning and design of the experience hall about public response to the disaster. His main focus is training and education of community emergency reponse teams and planning of  emengency industry parks.

Dr. Yukio Fujinawa started his work in the disaster mitigation from 1965 as Researcher, National Research Center for Disaster Prevention (NRCDP). He received a Dr. Science degree in 1976 from Department of Physics, Faculty of Science, University of Tokyo focusing on generation and development of wind waves based on ocean field observation data. As the chief of the First Research Laboratory of Coastal Disaster Prevention, he investigated tsunami deformation and amplification in the shallow part of sea by means of multi-point measurements of ocean long wave and surf beats.

In 1975 he lead the team for the earthquake disaster mitigation as Chief Researcher of Crustal Deformation Research Laboratory of NRCDP. He engaged in the prediction research of the great earthquake through observational approaches using developed pop-up type ocean bottom seismometers. In 1987 he became a Visiting Researcher to make collaborative researches with other national research institutes. In 1990 as a director of the Special researcher he engaged in the field of seismo-tectonics using Magnetotelluric and seismic data, in the synthetic aperture radar image for detecting ground surface deformation related with earthquake, volcanic eruption and climate changes.

He worked as temporary lecture for the disaster seminar of JICA, Japan for about 20 years. In 2000 he started the R/D for the earthquake early warning (EEW) system. After leaving NRCDP in 2003 he participated in the national EEW project to develop application systems for disaster mitigation as CEO of the (NPO) Real-time Earthquake Information Consortium (REIC). He was a special lecture of International Institute of Seismology and Earthquake Engineering, Building Research Institute for four years. Currently he is the Executive Technical Officer of the Mieruka Co. Ltd. to disseminate the high accurate disaster mitigation system for EEW and Chief technical Adviser of the Organization for Development of Resilient Communities (ODRC) by means of developed DEWs as EEW, Tsunami Early Waning (TEW) and earthquake prediction system. And he is the auditor of the TIEMS Japan Chapter.

He has been worked nearly 50 years for research and development for disaster mitigation, especially in the disaster mitigation information of earthquake and volcanic eruption. He is very eager to transfer knowledge and experience in the world for helping people to save themselves and make their community more resilient against natural hazards as earthquakes, volcanic eruptions, land slide and tsunamis by using several tools including those invented by himself.

She has a Master of Medicine, and is a Doctor of Resources Economy and Management.

Ms. Chen has worked on medical treatment, policy research, administration, international health exchange etc. Once Ms. Chen participated in the specific subject research and related work in the Medical Reform Office of State Council of the People's Republic of China. Now, Ms. Chen dedicates herself to helping Chinese medical institutions to establish international cooperation bridge and channel with the countries all over the world, to select and send medical workers and health administrators for overseas training, to bring in advanced medical technologies and to actively take part in talent cultivation and exchange in the field of emergency medicine.

Christian Sommade is General Delegate of the thinktank " Resilience France ", formerly " Haut comité français pour la défense civile ". He is also Director of the company Resiliency, after a career in the Defence and Security industry.

He graduated in public law and holds a DESS (post-graduate degree) in Defence and a master's degree in marketing and communication. He is also a former auditor of the Institut National des Hautes Études de la Sécurité et de la Justice (INHESJ). He is the French representative of the IAEM (International Association of Emergency Manager). He is the author of two books on "major risks and the protection of populations" (ed FS - 1986 & 1996). Finally, he is a member of the CEPS and the Cercle K2 and is colonel of the Gendarmerie Nationale's citizen reserve.

Before joining Resilience France, he had an international career in major defence and security groups (Saint-Gobain, Giat Industries, Cegelec), particularly in the field of CBRN.

Christian Sommade has been leading the activities of Resilience France for 20 years. He has organized nearly 200 breakfast debates at the French Senate and Webinars and about a hundred conferences on the theme of global security. He has to his credit numerous presentations in international and national conferences, as well as on TV.

Resilience France is a non-profit organization, which participates in the reflection on organizational and structural resilience. It promotes exchanges between the State, the Parliament, the collectivities, the companies and the experts on the questions concerning national security, and the resilience of the populations, the companies and ultimately of the nation in front of the major risks and threats.

Since 2004, Christian Sommade has also created and co-leads the national sessions and Resiliency training and exercises in risk analysis, crisis management and business continuity. He has participated in several security research projects (FP7, ANR...) and digital tools development (CAIAC).

Christian Sommade has a great knowledge of the workings of the organization of national security in France. He has directed several studies and training materials for the Prime minister security services (SGDSN). He also has a rich experience in the direction of crisis management exercises, as he has led many crisis management training and exercises (simulated media pressure of government exercises for the last 6 years).